With advancements in technology, some gadgets from not too long ago have become obsolete. Back in the day, you were cool if you had some of these devices, but if you are seen with one now, you might get a few raised eyebrows. For many, these devices create a sense of nostalgia. For others, they are unrecognizable. 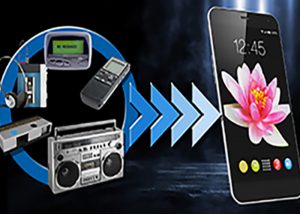 Today, the functionalities of many dated gadgets live in smartphones. For example, consider the few listed below.

So, if you walked around your neighborhood with a boom box blaring in your ears, took vacation photos with a film camera or relied on a dictation device for your class notes, you too will appreciate the all-inclusive functionality of a smartphone. Visit any Chariton Valley retail location to select yours today. And if you already have a smartphone, maybe it’s time to upgrade. Oh, and did we mention we have amazing wireless plans and the best nationwide coverage? As always, we are here to help you make the most of technology! See you soon!