Generation Z, the group of young “tech savvy” adults who were born in the late 1990s through current day, has proven to be the most technology-friendly generation to date. CommScope reports, according to Sincera Consulting, not only have they contributed $44 billion to the US economy but their spending is estimated to increase from 25% to 40% within the next ten years.

The more Generation Z’s digital consumption increases, the more strain it will put on the telecom industry, forcing the industry to upgrade its services. Currently, Generation Z’s digital trends are high, and it is almost certain that these stats will continue to grow. CommScope states, as reported by Sincera Consulting, 96% own a smartphone, and 60% will not use slow-to-load applications. IBM reports, also according to Sincera Consulting, downtime is spent online by 74% of Generation Z. 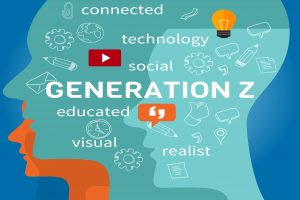 So, why is Generation Z consuming so much technology? The answer is simple; they have grown up in a digital world, becoming accustomed to the advantages of technology driven devices. Business Insider reports, approximately 80% of teens were given their first smartphone between 11 and 13 years of age.

Chariton Valley has taken on this issue head first, accommodating the massive demands of Generation Z. As a leading network provider, Chariton Valley focuses on providing the best internet and wireless services around.  We have implemented many options for consumers to gain optimal network usage.  Recently, Chariton Valley was named a Certified Gig-Capable Provider for delivering internet speeds up to a gigabit, which is 100 times faster than those currently available in many U.S. households.

By 2020, Capgemini estimates, according to Sincera Consulting, data volumes will eclipse exabytes, and we will be in zettabytes territory. This will, again, force companies to upgrade their bandwidth and improve their services to make connectivity easier. When that time comes, Chariton Valley will, once again, lead the way in providing the user-friendly services Generation Z and other consumers want. For more information on Chariton Valley’s products and service, contact us today.