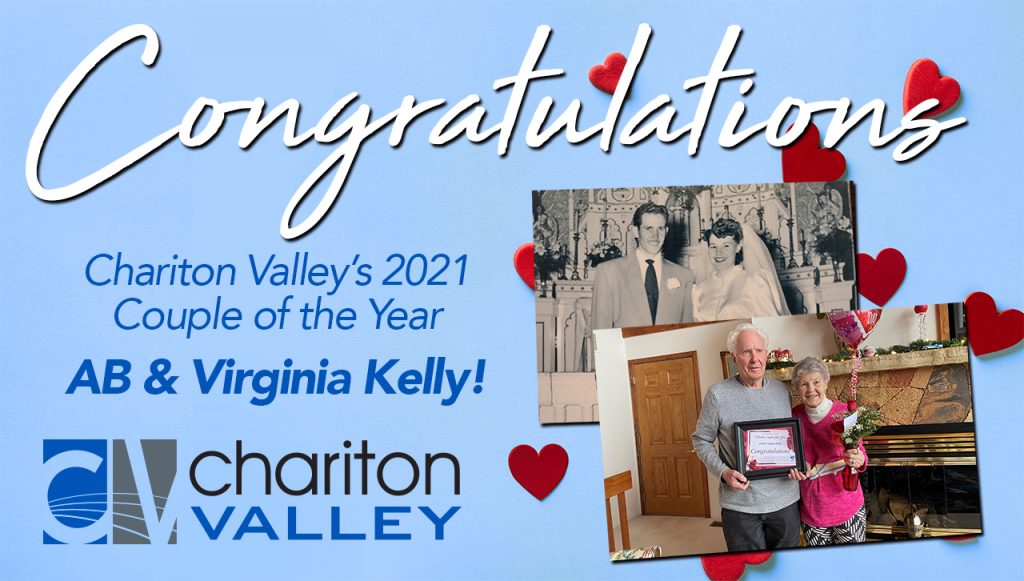 AB and Virginia Kelly met in 1948 at church, then did not see each other for 2 years, but from that point forward Virginia knew he was the one for her.  She liked his curly hair and his eyes, she even let her co-workers know this was the man she was going to marry.

In 1950 AB and Virginia met up again at the Candy Kitchen in Moberly and started dating.  Three months later, on Sept 2nd they were married at the Immaculate Conception Church in Moberly. At that time AB worked in the Golf drilling oil and was gone a lot.  Virginia kept telling him to come home and was persistent until he said yes.

For AB and Virginia dating was dancing every Saturday night in Moberly and Renick.

“Celebrating 70 years of marriage feels good.  It feels wonderful.” said AB and Virginia.  “We have been so lucky in our lives, and we have the best family in the world.   Their secret to a long happy marriage AB jokingly said was to say, “Yes Mam”. They both said they know what the other is thinking before they ask.

Their advice for married couples today is to stay married, most just give up, marriage to us is a commitment, not a choice.

Their daughters Bev Jones & Monica McPherson nominated  them stating, “With their faith in God, respect for each other and everyone, devotion to family and unending love, they are an exceptional example of married life.  You won’t find a more deserving, devoted, and steadfast couple who taught each of us the meaning of unconditional love!”